After 30 years, Dr. Thomas Azman, optometrist, is still on the go. Dr. Tom, as he has come to be known, not only sees patients at the Azman Eye Care Specialists offices, he also makes house calls. He takes his practice to people who can’t come to the office; people in wheelchairs, people who are bedridden and house-bound people who would not otherwise receive a comprehensive eye exam. As he says, “Whatever it takes.” Helping people is his passion.

Dr. Tom was born in Italy, and his family moved to Baltimore when he was one year old. He went to Baltimore City College, received a BS in Psychology from the University of Maryland and then went to pre-med. He then went to the School of Optometry at the University of Alabama Medical Center. He interned, worked at camps for children and then nursing homes. That’s when Dr. Tom decided that he wanted to help people who could not come to him, he decided that he would make house calls.

His eyes sparkled and he had a smile on his face as he said, “You’d think after my first house call, I wouldn’t do it again,” and continued with the following story.

Dr. Tom was 26 years old. Baltimore City Visiting Nurses Association had referred a patient to him. He packed his equipment, got in his car, and went to the three-story row house, where 14 -18 children came to the door with candles. There was no electricity in the house. As he climbed the stairs, he was greeted by hundreds of large roaches. When he reached the 103-year-old patient, he saw how frail she was, weighing only 60 pounds. He examined her eyes and found she needed cataract surgery. He called a family member to report his findings. “So, do I do house calls again? With gusto – of course,” he said with a soft force of compassion. Since then, he has made more than one thousand house calls.

Another of Dr. Tom’s specialties is correcting deficient color vision. He reports that six years ago he personally developed his ColorCorrection System that can help every single patient who needs color vision correction. He combined old and new techniques to develop his technique that enables people to see colors correctly. Dr. Tom’s system uses either soft contact lenses or eye glasses, and can be prescription or non-prescription.

He reports that 8% of all males worldwide suffer from color confusion (color blindness); and, contrary to the common belief that no females have this malady, .5% of all females also fall under this category. As his Azman Color Vision Specialists brochure explains, “Color confusion is caused by a deficiency of certain chemicals in the retina of the eye. Defective color vision can range from near-normal ability to distinguish colors, where typically the chemical for seeing red or green is slightly altered, to a high degree of confusion, where the chemical balance is considerably altered.” Dr. Tom said, “All people should be tested for color vision.” It’s a simple test that was developed years ago in Japan – the Ishihara Tests for Color Blindness, the international gold standard. “Children need to know how to follow directions and if they can’t they might get into trouble,” stated Dr. Tom. They might be given instructions for certain colors of toys. If they can’t distinguish colors, “and if parents and teachers don’t know they are color blind, they think they are acting out.” It’s important in sports, recreational activities, for enjoyment of color TV, the arts, and colors of the environment, and for adults at work. People working in the following fields, for obvious reasons, must be able to distinguish the colors red and green: law enforcement, transportation, trucking, maritime industry, and nursing. It is also important for pilots, which brings us to Dr. Tom’s “most unique” house call – in Bangkok, Thailand.

It was May 2005 when he received a phone call from a gentleman in Bangkok. The gentleman was calling for his 21-year-old nephew who could not speak English. The concern was that the nephew would not get his pilot’s license unless he could pass the Ishihara Color Vision Tests on Aug. 1. The nephew also could not get a passport; so, the uncle invited Dr. Tom and his wife to Bangkok, all expenses paid. Dr. Tom packed four suitcases with all his optometric equipment, including 600 lenses, in order to provide a comprehensive eye exam including color test and treatment for color vision correction. Dr. Tom and his wife arrived in Bangkok on a Monday evening and on Tuesday, after two hours and twenty minutes, the exact filter lens was found, the contact lenses were inserted, and the nephew passed the Ishihara test. “He had a big smile on his face. His uncle, mother and father were all happy,” Dr. Tom exclaimed. On Aug. 3, Dr. Tom received a message from Bangkok saying thank you, the nephew passed the test and should be flying by next year.

People come to Dr. Tom from all over – California, Washington, Arizona, and in September someone is coming from Sweden and in December from Great Britain. He has a plethora of thank you letters from people he has helped over the years. While perusing the portfolio and reading comments such as, “I experience an entirely new world,” “altered my self-identity,” “deepened my understanding of the world around me,” Dr. Tom’s pride, passion, and compassion shown forth.

Dr. Tom’s partner in Azman Eye Care Specialists is his brother, Irwin. “Our father taught us the tools to be a success.” When they were young boys, they worked in their father’s (Abraham Azman) bakery. They were taught to be kind, helpful to customers and say good morning. “The biggest tool had, to do with the scale. Honesty – go over and beyond.” Their father told them when they were weighing cookies, to put another cookie on the scale, “and that’s what patients expect in our office. They could have gone anywhere else, but they come to us. They get more than an eye exam – they get ambiance, they get an experience. We treat everyone the same, no matter what their socioeconomic status.” He continued telling about what he learned from his father. “Don’t ask questions; don’t argue; the customer is always right. We stand behind everything we do. Then we have a customer for life.” 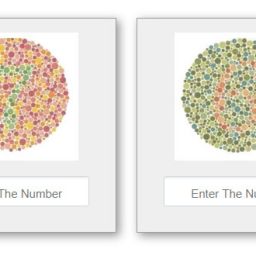 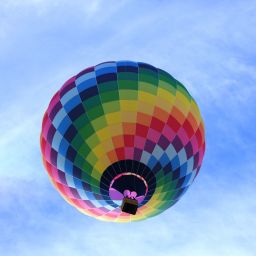 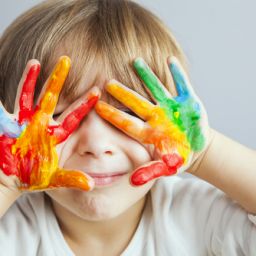 Are Contact Lenses For Color Blindness Safe For Use By Kids?